When I hear the call to get back to normal, I think ‘what was normal about the old normal?’ The sudden shutdown of large sectors of the economy highlighted drastically how precarious was the situation of vast chunks of Australian society, in particular but not exclusively, the creative sector. The business models implemented by the Government to help businesses survive and employees keep their jobs didn’t work at all for those who had already been happily left at – or even deliberately pushed to – the margins of society and the economy. In good times the creative sector is flexible and fast at responding. In bad times it is a disaster, as the failure of the COVID-19 support packages for the sector shows.

I am starting to think that ‘trickle down economics’, the concept that making the wealthy wealthier will inevitably flow down to those earning less – an idea seemingly admired by the Government – could be called more accurately ‘piss upon economics’. This is no rising tide lifting all boats – it’s becoming quite clear that wealth is more and more concentrated in fewer and fewer hands. The reality is that in dealing with the pandemic, the Government responded to a world they knew – and helped create. The problem is not only with the Government’s response but with the business models of the sector that made it all possible – business models that are part of a larger trend in our economy and society generally.

‘In the economy of the future the creative sector and the higher education system will be critical. Yet in facing this crisis, it seems the Government has largely abandoned both of them.’

In many ways, in its response to the pandemic, the Government has demonstrated sharply its fundamental weaknesses and blind spots. In the economy of the future the creative sector and the higher education system will be critical. Yet in facing this crisis, it seems the Government has largely abandoned both of them. 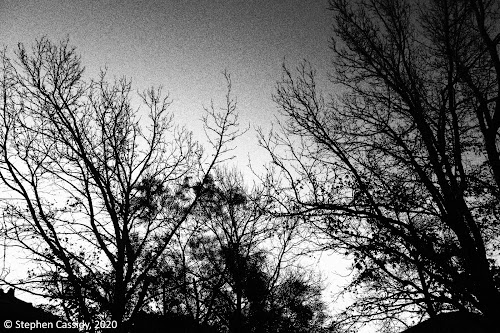 If you don't water the roots, there will be no leaves - and no trees.

Not only does the Higher Education sector train our artists and cultural workers but, as the creative sector has pointed out, 70% of artists who earn a living beyond their creative work do so through teaching. Yet universities are excluded from JobKeeper, as are university galleries and their staff. The neglect extends even further ‘Local Government institutions and their employees are excluded – that’s every regional and suburban gallery, museum and performing arts centre in Australia. The lifeblood of their communities, with nowhere to go. Coupled with the long-term run down and privatisation of technical and further education, no-one will be calling Australia the clever country any time soon – the clever dick country is more like it.

This is further demonstrated by the unsuitability of the JobKeeper package for many artists and artsworkers who work on a casual basis on successive short term projects across multiple employers. Someone might be continuously employed for many years but in that time work for a succession of employers for no more than a few months at a time.

The endless attrition of the ‘efficiency dividend’, with its long-term debilitating impact on our major national cultural institutions, continues to do harm. With the periodic announcement of job losses, more and more valuable expertise is increasingly lost and important programs affected. This will undermine the ability of these institutions to care for our heritage and to provide access to their collections for Australians across the country. The long term impact of these cumulative changes will be major and unexpected, magnifying over time as each small change reinforces the others. At some point Australians will ask where valued and important programs have gone and how critical institutions have managed to diminish to the point where return will not be possible.

The most recent news in the ongoing decline of our major national cultural institutions was that the National Gallery of Australia would shed staff due to a range of pressures including the ongoing impact of the ‘efficiency dividend’. However, this is a long-term, ongoing decline. More and more valuable expertise is increasingly lost and important programs affected. 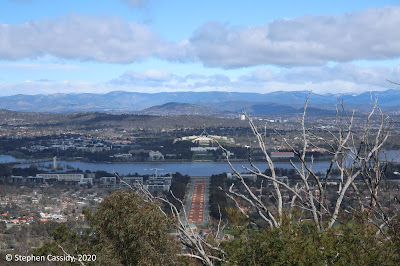 Canberra vista showing many of the national cultural institutions.

Ironically this occurred just as the Government announced a well-overdue $250 million rescue program for the badly battered creative sector, a program that while generally welcomed by the sector, was described by corruption-busting journalist, Michael West, as ‘chicken feed’. Two and a half months later not much seems to have happened. The announcement of the job losses occurred at the same time as the Government began spending around $500 million on a questionable extension to one single cultural institution, the Australian War Memorial.

The short answer #1: Mismanaging the future - creative sector left in the lurch again

Another one of the many ways in which the current Australian Government doesn’t understand the creative sector has been underlined by its decision to wind back the JobSeeker allowance. In the clean and clever economy of the future both the creative sector and the higher education sector will be critical - yet both have largely been abandoned by the Government.

Increasingly I wonder if the current Australian Government is up to managing an economy – much of what it is doing seems more to be dictated by neo-liberal ideology than economic merit. I can’t see how many of the ideas it is pushing ahead with will help the economy – in fact they are likely to make things worse: cutting welfare (those on welfare would spend every extra dollar they get, thereby stimulating the economy quickly); cutting taxes (those getting the tax cuts, mainly focused inevitably on higher incomes have been saving, not spending in response to the economic recession); and undermining the superannuation system (which will hit the lowest paid and most insecure, with mostly intermittent work - mainly women). On top of this they are still fixated on deregulating the workforce (creating more precarious short-term casual jobs without sick leave or other protections, which made the rapid spread of the COVID-19 virus inevitable).

Even their stimulus packages seem flawed in terms of what they are supposed to achieve. During the Global Financial Crisis, the Rudd Government rolled out the roof insulation scheme, which despite its flaws, did what it needed to do. It had quick take up because it didn’t involve building and it left an overall benefit to the nation by reducing energy use. In contrast the HomeBuilder scheme is still barely underway because of all the steps needed to start work and it will leave lasting benefits only to those home owners who can access it. Direct government spending on social housing or other worthwhile community projects would be far more effective at stimulating the economy, while at the same time leaving broader social benefits to the nation from taxpayer dollars.

What started me on this path was thinking how in the economy of the future the creative sector and the higher education system will be critical. Yet it seems this Government has largely abandoned both of them and is focused on bolstering sectors like coal and gas that are rapidly being overtaken by developments with renewal energy.

Consigning much of the creative sector to poverty

Another one of the many ways in which the current Australian Government doesn’t understand the creative sector has been underlined by its decision to wind back the JobSeeker allowance. From 27 September, JobKeeper will move to a two-tier system. Workers who usually worked less than 20 hours per week pre-pandemic will receive $750 per week, while full-timers will get $1,200.

Yet many of the industries with the highest proportion of those working less than 20 hours per week are also those that have faced the tightest restrictions due to the pandemic. Industry sectors such as arts and recreation, which have been most affected by the coronavirus restrictions, are also those which have the highest share of their workforce working too few hours to be eligible for the higher JobKeeper rate.

Before the pandemic these workers would have put together a living wage by working several part-time jobs. The problem is that because of the pandemic and the restrictions to deal with it, many of the jobs they used to rely on to supplement their incomes no longer exist. The Government action is compounding its neglect of this sector by consigning much of it to poverty.